I decided to combine these two problems into one solution:

My solution is to convert Quake .dem files to .pov files and render them with POV-Ray. 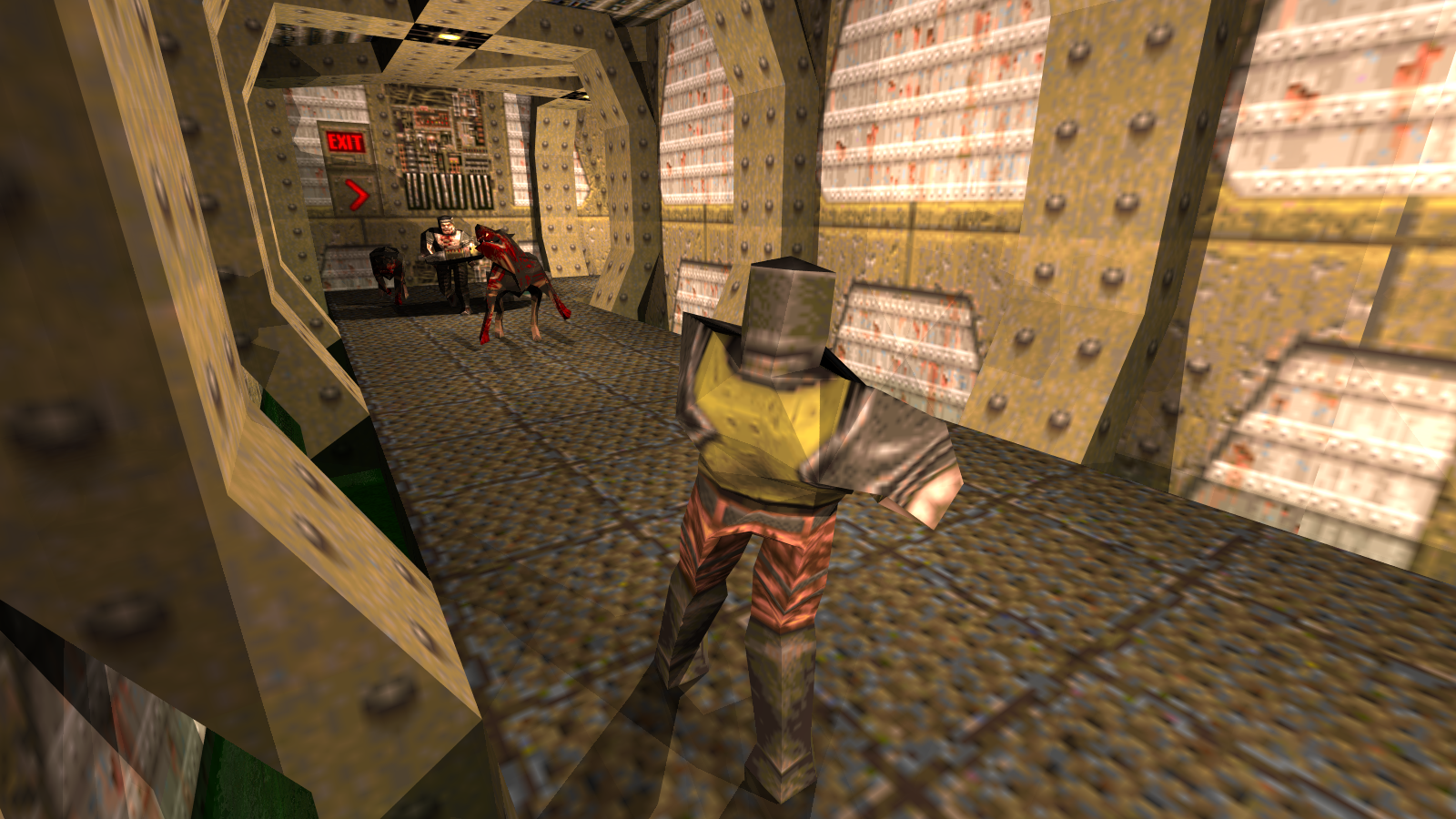 Quake is closing in on 20 years old now, and it’s starting to get annoying to make it even work. Yes, it’s opensource, and there are a couple of forks. But they’ve also always been annoying to get working. Hell, even GLQuake in Steam won’t start for me. (yes, I know this is a bad reason, but I’m doing this for fun)

Many of the tools and resources are hard to find. I couldn’t find ReMaic, and only found lmpc thanks to FreeBSD having made it a package. Converting demos to an ASCII format using lmpc helped in confirming that my file parsing was correct.

The steps needed to render a demo:

It’s interesting to look up these old specs from many generations ago, because I encountered:

Side-by-side. The one with the weapon is the real Quake.

This video has been severely crippled by YouTube transcoding, so you can download the original video here. More crippled videos showing the progress on my youtube channel.

As anyone who has ever disected it knows, Quake’s triangle model format is a mess. Any time during Quake’s development that I had to go back and work with it, I allways walked over to Michael and said ”Ohmygod I hate our model format!’. I didn’t have time to change it, though. After quake’s release, I WANTED to change it, especially when I was doing glquake, but we were then the proud owners of a legacy data situation.