My interest in SDR got me into Amateur Radio. One reason was that so that I could transmit on non-ISM bands and with more power. Turns out the 2.3GHz band available to Amateur Radio operators is much quieter than the 2.4GHz band where WiFi, bluetooth, microwave ovens, drones, cordless phones and everything else lives. Shocker, I know.

A popular mode is FT8. It’s only used to exchange signal reports, so there’s no chatting. It’s in fact often practically unattended.

It’s a good way to check the quality of your radio setup, and the radio propagation properties that depend on how grumpy the ionosphere is at the moment.

If you transmit, even if you nobody replies, you’ll be able to see on PSKReporter who heard you, which is useful.

Because propagation should be pretty much symmetric, receiving a strong signal should mean that two-way communication is possible with the station. Though FT8 is a slow mode that will get through where others won’t, so a weak FT8 signal means that any voice communication is very unlikely to get through.

Unfortunately unlike WSPR the standard FT8 protocol doesn’t include transitter power. So you don’t know if the reason you can hear a remote station is that they’ve cranked up way beyond QRP. The only way to correlate transmitter power with signal report is if you transmit (and thus know your transmitted power) and someone replies with a signal report.

I set up a listening station with a Raspberry Pi 3, a SignaLink USB, and an Elecraft KX2. I tried using a Raspberry Pi Zero W, but connecting two USB devices plus a USB hub caused spontaneous reboots due to power drain. I could use a USB hub with its own power source, but the Zero CPU is so slow that you have to set it to do a Fast Decode, meaning it’ll be less sensitive to weak signals. Also I already had a Raspberry Pi 3 doing other things.

The antenna is an AlexLoop magnetic loop antenna, so it requires tuning to the frequency in use. That’s no problem since I’m not tuning around.

The antenna is just leaning against a window inside a flat, so it’s amazing how well it works. It even heard a few stations in South America! 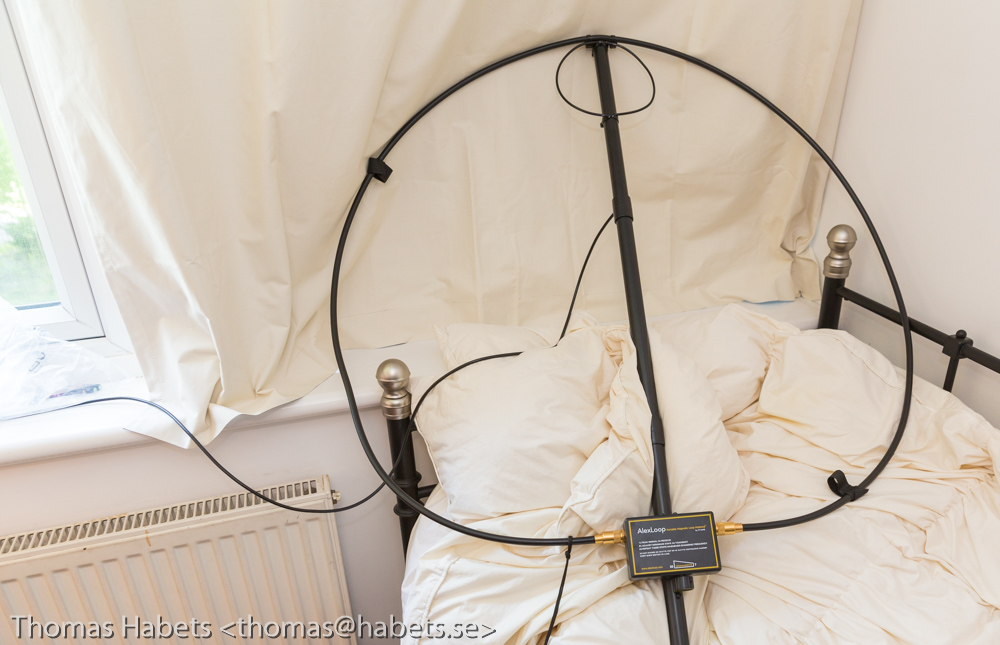